283 baby baby. (299 as I finish writing this Saturday morning)  That's the total numbers of single family homes for sale that exist today for all of El Paso County.  391 is how many units have closed in the first 2 weeks of January already.  So as you can see our inventory woes continue.

I just got off the phone with an agent in the San Diego area.  Same story.  The only listings that sit around on the market are owned by a real shit quality investor named Zillow.  Their brokerage is top notch, I'd never say a bad word about it, but boy an investor that loses half a BILLION (trump voice) in real estate in 2021 should probably go back to selling leads to thirsty agents.  Just saying.

That same pattern continues around the nation.  Why?

1.  All of a sudden I'm not the only one bitching up a storm about inflation.  Sure I've been telling you this is going to kick our face in since like 2018 but whatever, here we are now.  People see the inflation around us as factual, understand that real estate is an effective inflation hedge and therefore hold onto it to ride through this.  Doesn't help inventory.  Hope those stimulus checks did some good for someone.  The fight for $15 is going to need a makeover to something relevant.  Maybe the fight towards increasing living standards through innovation and productivity?  No, maybe we stop fighting all together and just live off stimmy checks?  Sounds nice.  Wonder if it's ever worked in human history?  No.  Damnit.

2.  People are stuck in low rates.  I've made this example multiple times before but if you're new here imagine this.  You buy a house in Colorado Springs for the median price of roughly 180k in 2011.  You then refinance your mortgage in 2020 down to like 2.75% or something free like that.   Your mortgage payment becomes  a joke and you live comfortably as the money and your debt devalue hand in hand.  Then you think to yourself man I'd like a house with a nicer kitchen.  You go into the market and realize that to get that nicer kitchen in a different house, at today's prices, you're probably going to like triple or quadruple your payment.  Sure you could sell your house and put that equity into the new one, that would help a lot but chances are your payment would still be higher because you're entering a market that is stupid.  So people stay home, remodel their kitchens, and their houses never hit the market.  Doesn't help inventory.

3.  But Iggy what about all the foreclosures?  The eviction moratorium is over now and so the wave of foreclosures is coming.  Yea, sure.  And The Rona is going to kill all of us.  And the Fed is an honorable institution.  And its Federal and has a Reserve.  And Lil Wayne is the best rapper of all time.  Truth is most of the foreclosures don't even become foreclosures but are sold through back door deals from one group of investors to another.  I know this because corporate investors like HPA are still out here fighting for deals with the rest of us.  There is no foreclosure inventory.  Doesn't help the inventory situation to not have inventory, ya feel me?

4.   I'm building a house right now and honestly it kind of seriously fucking sucks.  Like its a fun experience, cool to be creative and super neat to see your house come to life and all that.  But if I was doing this for money, for others, for a profession, I would take a lot of time off.  Maybe just not build houses at all.  Why?  There is no way to budget around this: 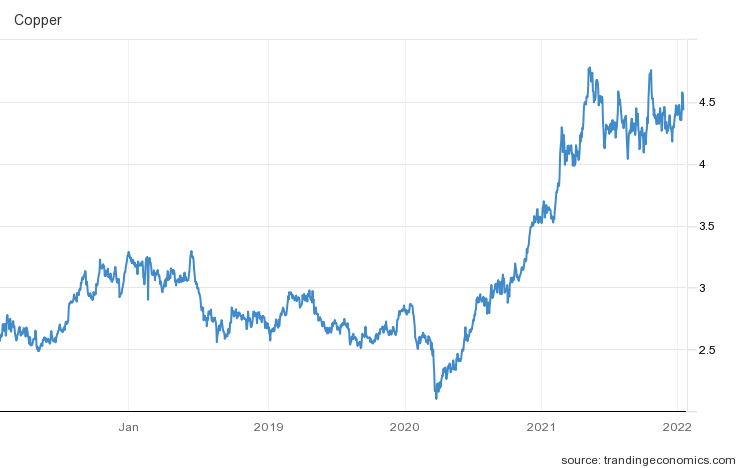 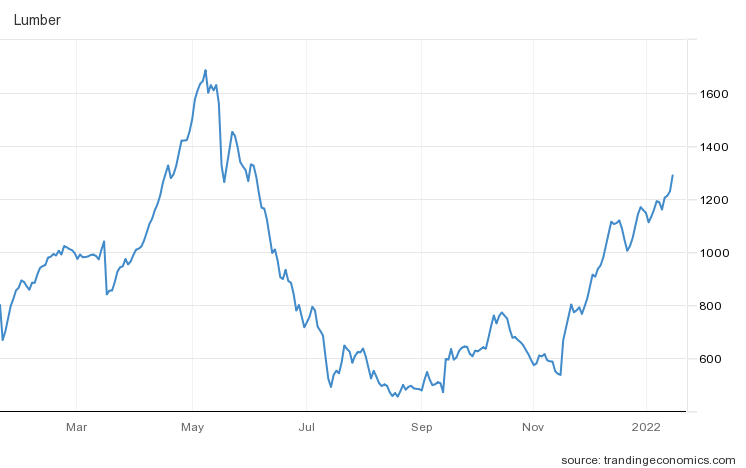 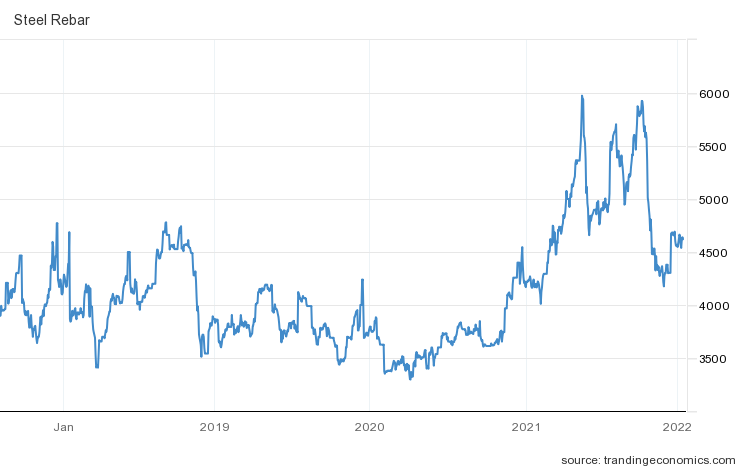 As you can see in the numberpictures above it's not only the high cost of materials that is a problem.  It's also the ridiculous volatility in said pricing.  It's almost like dickheads on Wall Street are day trading commodities contracts because the volatility allows for profits and us working class idiots get to pay whatever the price of the day is for materials.  Except its not almost, that is what's happening.  The unfortunate reality of the situation is that building anything affordable, be it a house or a section of fence is simply not possible.  So builders can't do it, and don't do it.  We now have 1,700 square foot new builds selling in the mid 400s with buyers on a waiting list for them.

5.  Demand.  Despite all the hysteria in the news the vast majority of people have not died and will not die soon.  The population of the United States is, slower than before, but still growing.  This does not require a long explanation, people need a place to live and most Americans prefer a single family home to live in.  Demand is outpacing supply by a longshot nationwide.  That too does not help our inventory levels.

1.  Raise interest rates substantially and finish off the middle class.  If rates go up quickly to say 5% or 6% it would not be far fetched to believe that prices on real estate would come down.  If I had to take a guess at it I'd say if we saw a rapid spike in rates from the roughly 3.25-3.5% we are today to 6% tomorrow then we would see housing pricing adjust down by 25-30% within 6 months.  However this like everything else the Fed does would only help those with money.  You see the average buyer would not benefit from this one bit because the  increase in rates would eat up all the savings of the reduced purchase price.  But cash heavy investors would have a field day snapping up houses just like they did 10 years ago and turn them into rentals.  Wait, this too doesn't help inventory.

2.  Make the government build affordable housing.  This is a joke and I will explain why.  To build affordable housing that allows one to take advantage of the tax credits through HUD a builder has to jump through a series of hoops.  By the time the builder jumps through all the hoops the affordable housing project on average comes out to around $350/sf.  Newsflash.  That is not affordable.  So what builders do instead is they build to the market that they're in, to the best of their ability.  Now the government could step in and build a bunch of project housing but I wonder how that would work out?  Chicago?  How did that work out for you?  New York?  How are those rent controlled leases trading on the housing black market?  Yea, doesn't help inventory.

3.  Here is a solution that could work.  The government could fuck off!  I don't mean getting rid of regional building departments, I don't mean getting rid of building standards.  What I mean is that at the Federal level we could end the tariffs on all building supplies and open the market to operate freely.  At the state level we could use housing authority money to subsidize new development of for sale housing.  Similar to habitat for humanity but on a much larger scale.  Build entry level housing subsidized with state funds that can be bought and later sold even with a profit to the owner.  This would allow the lower income classes to build wealth and stability.

At the local level we could completely rethink our zoning codes.  I think building to a much higher density is necessary and the only sensible way to bring affordable housing to market.  I also think that our local government could look into ways of partnering with builders to build on the multitude of unused parcels of land that the City and CSU owns.  Also CSU could lower or eliminate tap fees for builders that build in certain areas or certain price ranges.  It's not like you guys aren't profitable ya know?

Or our local government could just continue taking money from like 3 developers and do business as usual.  That's probably how it's going to go anyway.

In a nutshell what you're seeing is the beginning of an inflation spiral.  Rising costs push wages higher.  Higher wages provide more liquidity into the market, prices rise.   Prices rising demand that wages be pushed higher and so on.  This is always the case but the issue today is the massive, absolutely massive, deficit spending of municipal, state and the federal government.  All of this monetized debt is making its way into the real economy, and that in part is why a 2x4 is $7.  Hunker down and own something, even if it's not perfect.  And remember this.  Housing is a blessing, it is a priviledge that many do not have.  Housing is not a born right, running water is not a born right, heat is not a born right.  The ability to pursue and secure those things is your born right, so make sure you keep that in mind as the market gets more and more unfair.